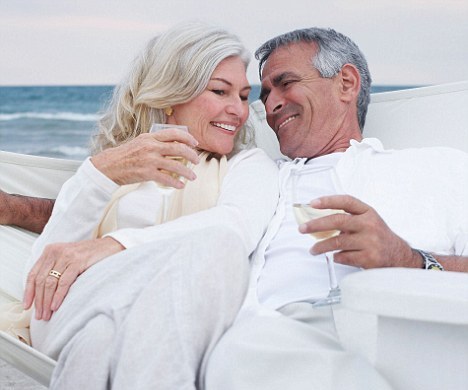 In this country and other Western nations there seems to be an increasing trend for men to father children later in life. Now if you think about it, this is a little bit like the obesity epidemic!  For both things it’s the very first time in human history where large populations of people have strayed from what had been the norm for literally hundreds of thousands of years!

And as you might guess, it has caused some problems and also has some benefits.

Let’s focus on the problems first. When men father children at an older age, there is a higher incidence of neuro-psychiatric disorders like schizophrenia and autism. While far from being a one-to-one correlation and also far from being totally proven – this stuff has gotten a lot of press because of the devastating effects on the offspring.

Again, while far from proven, the logic behind how this happens is as follows.

Sperm, unlike eggs, continue to express telomerase throughout a man’s reproductive life and the telomeres get longer as the man gets older.  This is completely the opposite of almost all the other cells in a man’s body. But this “increased number” of replications allows the DNA copying machinery more chances to mess up. One thing we know for sure is cellular replication – especially the DNA duplication part – is not perfect.  This then should be a source of errors in the germ cell (in this case the sperm cell!) line.

The most recent paper on the topic suggests that this is not so, but does not discount the possibility of other age-related factors in the father, leading to increases in the above disorders as well as some far rarer ones like Marfan’s Syndrome.

OK, now for the part they don’t tell you.  Increasing Paternal age at the time of conception is also independently associated with longer telomeres in the offspring.  This then is associated with more resistance to clogged arteries (atherosclerosis) and yes, a longer lifespan, which can be passed on for several generations since these kids have longer telomeres to begin with.  It might take 4 or 5 generations of their grandkids and so on having their own children at young ages to lose this advantage.

Now it is impossible to weigh the odds and emotional/financial drain of having a sick child versus a long lived healthier child based on paternal age and telomere length alone. But don’t be surprised if in the next few years tests exist to detect and predict those odds for the next generation.

In the meantime, men and women, keep your telomeres as long as possible because you never know when you might need to feel and act young!

Leukocyte Telomere Length and the Father’s Age Enigma: Implications for Population Health and for Life Course.

Increased paternal age and the influence on burden of genomic copy number variation in the general population.