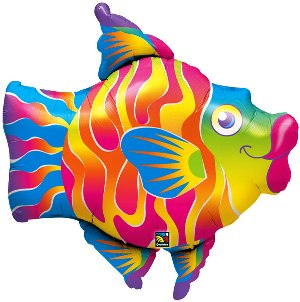 You may think I am saddened or worried by some of the recent negative press on fish oil. Believe me, it’s just “business as usual” for Big Money medicine: the drug companies and the government.

Recently there were two studies that show both the bias and the ignorance of both the scientific community and the press.

One study had to do with post partum depression and the other with “slowing Alzheimer’s”.  Both were reported as ‘Fish oil no good for (insert whatever disease you want).’

This is exactly what happened 3 months ago when fish oil was “no good for heart patients”. Remember that one? Dutch patients eating margarine laced with low doses of fish oil that were already on 4 drugs for heart disease and had the disease for 10 years or more.

Well, as I mentioned in a recent email (I told ya so, your honor) these two studies on post partum depression and Alzheimer’s suffer from an even simpler flaw. They did not use fish oil; they used DHA and the press reported it as “fish oil”.

DHA is one component of fish oil but it is not “fish oil”, it’s DHA. DHA is a structural component of the brain. EPA is not present in large amounts so there has been a huge misconception that it does nothing.

The shocking thing is that scientists and even experts on fatty acid biology have missed the fact that EPA is a hugely important and key player in the brain. It acts as an antioxidant and an anti-inflammatory agent but it is used up rapidly, underscoring the need for you and me getting a continuous supply of it.

I hope this message gets out because there is an entire infant formula industry based on using DHA alone which does not confer the benefits.

If you look at all of the brain benefits and the tons of studies in memory, Alzheimer’s disease and personality disorders as well as depression you will see that when fish oil is used (EPA and DHA together) the benefits are undeniable.

Now for a little less science; here is another benefit to hang your hat on.

In addition to the proven heart benefits, fish oil reduces the incidence of breast cancer by 32% according to researchers at Fred Hutchinson Cancer Center in Seattle.

Please read every negative fish oil study with a grain of salt. As a matter of fact, read the study and you will find there is often a huge degree of misinterpretation and mistakes in the reporting of it.

Medicine and science are complex topic that needs some training.

That is why I am here for you and here is today’s tip: Take 6 of my pharmaceutical grade fish oil every day, and as the time goes by you will be so thankful you did.

Reason and logic will prevail and science will get it straight even if the press doesn’t!

P.S. remember, if fish oil were not the gold standard of supplementing your health no one would be paying attention to it or trying to compete with it! It’s that good and so it is the center of attention.