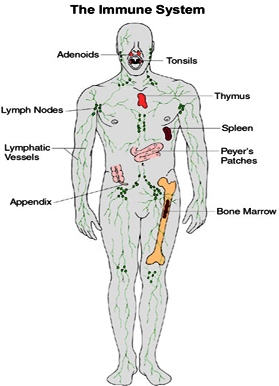 Right now heart disease is far and away the number one killer of Americans and many others. But all that is going to change possibly within the next 7 to 10 years. So if you are planning on sticking around that long you need to start paying attention to your immune system.

While some nasty mutant form of the flu is always looming on the horizon, your immune system also plays a role in fighting off other even more common diseases and of course cancer.

It is predicted that by 2020 cancer and infection will be on parity with heart disease as far as killing us off. We will also be living longer, much longer if I have anything to say about it…

So what can you do?

Well recently I wrote you several emails on similar topics.

So as a reminder, take the best multi you can get each and every day.

I hope you are also using a good dose of my fish oil because in addition to saving women from breast cancer, Omega 3’s have scored big with men and prostate cancer. It turns out that high fish consumption led to a decrease in metastatic disease and death rate.

While some nasty mutant form of the flu is always looming on the horizon, your immune system also plays a role in fighting off other even more common diseases and of course cancer.

These findings add some of the preexisting fish oil studies on both of these forms of cancer and the great benefits of fish oil in reducing the risk and reducing the severity of the disease if you get it.

Now the most recent research out of McGill University in the beautiful city of Montreal used fish, not oil, but most scientists now concede that there is no other active ingredient in fish besides Omega 3 (EPA and DHA). In addition when fish are used there are several problems

1) Pollution and its negative effect on the Omega 3’s as seen in the Finnish Heart studies where mercury from fish negated the benefits of the oil.

2) No one knows what fish you should eat because the oil content varies greatly.

3) Not everyone likes oily fish and the non oily kinds are of little or no help.

Bottom line: Take fish oil. Mine is pure, potent and tried and true Pharmaceutical Grade Fish Oil, ready to get you ready for the long and winding and hopefully fun road ahead.